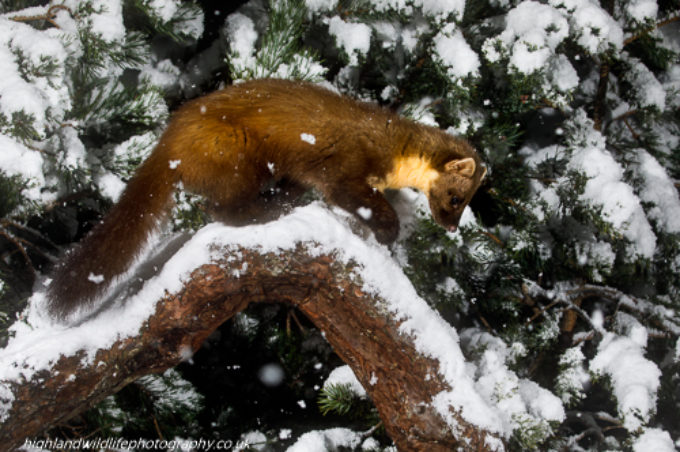 During the course of the last couple of years I have been updating and refining my remote camera photography technique. There are an increasing number of triggering systems on the market. It is now quite feasible to leave a camera set up for weeks on end for it to be triggered into life day or night by anything breaking the beam. For myself I have stuck with Cognysis, an American firm, making robust and reliable triggering systems. Their Range IR infrared triggering system has been augmented by the next generation the Sabre, a pocket sized trigger which uses a LIDAR (light radar) sensor to allow for exceptional accuracy that is not affected by ambient light conditions. You can set the triggering distance by aiming it at an object or entering a distance. Sabre has a window mode that can be set to allow triggering in between two distances. Unlike an infrared beam which scatters with distance the Sabre’s lidar beam retains its form to a couple of cm in width at ten metres, making triggering at a fixed focal point in space a doddle. Modern flash guns are something of a nightmare for this type of setup. All they want to do on standby is to go into sleep mode and not wake again until the capacitor has had time to recharge. The now rather elderly Nikon SB28 is the flash to use as it has a rather quirky capacitor which holds its charge for days on end in standby mode. In manual mode with a radio triggering system  two or three guns can be awoken and fired  in an instant by not only Nikon but also Canon and other camera systems.

Last winter I was keen to improve my pictures of pine martens in snowy conditions. Despite living in the north of the UK snow here is far from guaranteed. On the hills it may be metres deep but down at low altitude a fall can be reduced to slush in a few hours. After a fresh fall my stage setup built in the garden took on an almost natural appearance. The only drawback, there were  the frequent showers of snow passing through. Snow flakes cutting the beam caused quite a number of false triggers. Undeterred the Martens remained happy to perform.

Setting up a camera trap in the woods close to home offers a variety of subject possibilities. Badgers, Pine Martens and Foxes regularly commute along the woodland paths. All seem to be able to unerringly home in on a hidden stash of peanuts wherever they are hidden. Away from home my efforts to camera trap Scotland’s burgeoning population of Beavers have not been quite so successful. Largely due to not being able to put the time and effort in at such a distance from home. They are certainly not so predictable as to where they are going to turn to feed on any night. One or two pictures on about 50% of the nights that I have tried is about the hit rate so far.