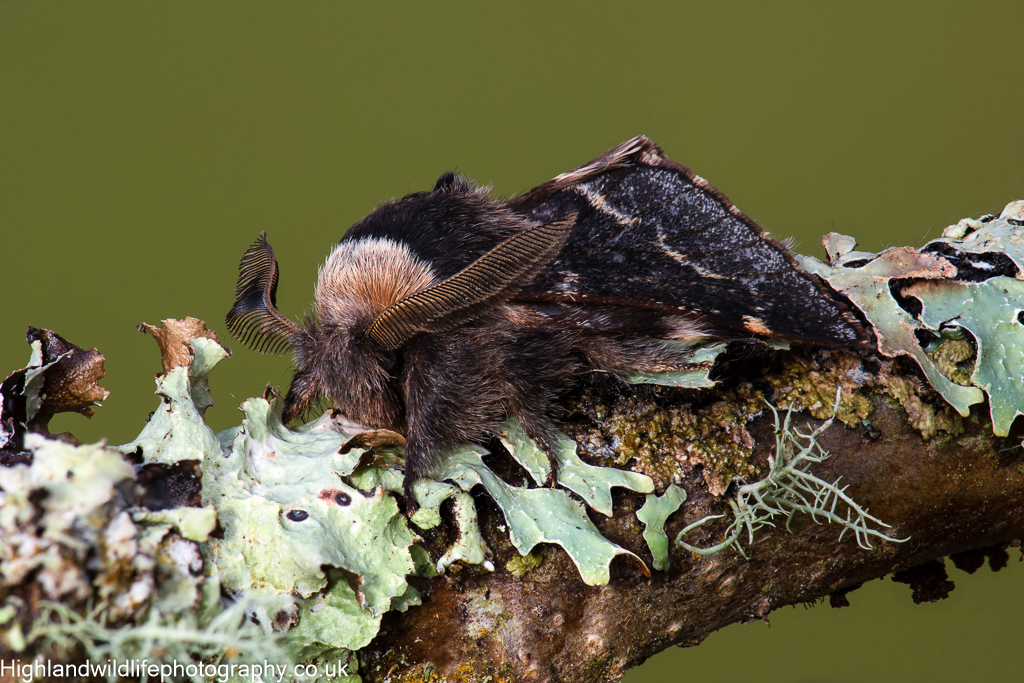 Unlike most insects a few species of moths are active during the colder months of autumn and early winter. Even up here in the Highlands of Scotland some like the Mottled Umber fly through into the early spring of the following year. Others such as the December moth and the Autumnals which breed in late autumn are on the wing for a much shorter period. As a group the Autumnals are difficult to identify without a microscopic examination of their genitalia. The Autumnal moth pictured, based on visual markings, is probably a November moth. For a number of years when photographing fairly static macro subjects such as moths and lower plants I have used a stacked image technique blending a stack of twenty or so images to produce a final image that is sharp focus throughout. In the past getting a stack using a focus slide was a fairly laborious process. On Canon’s latest mirrorless cameras the stacking process is largely automated producing a stack of anything up to one hundred images with a single press of the shutter. In practice a stack of fifteen to twenty images is plenty to get moths fully in focus.